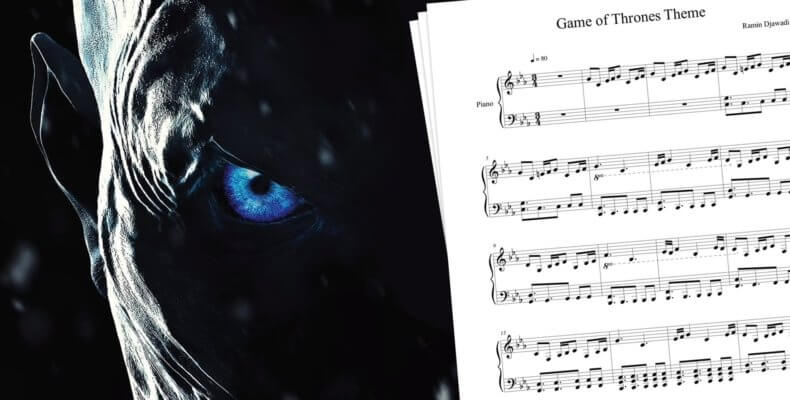 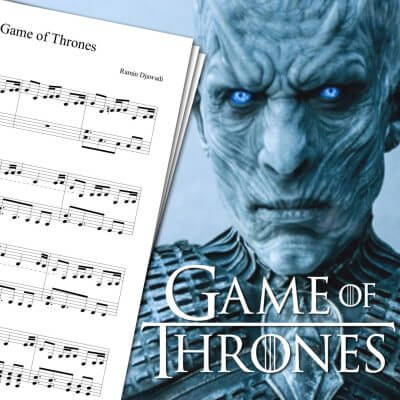 Let’s start with the elephant in the room. The Game of Thrones title sequence is one of the most well known opening title from any series, ever. And for good reason: the theme composed by Ramin Djawadi is one the best and most iconic song I heard in any series title sequence.

While I usually skip the title sequence for most series I watch, I always let the Game of Thrones opening title play in full. It would feel like a crime to skip it!

The Game of Thrones theme is pretty easy to learn, and it should not take you very long to be able to play the main loop. You can download it right here: Game of Thrones Theme Sheet Music.

Light of the Seven

Light of the Seven first played during the Game of Thrones season six final, “The Winds of Winter”, in 2016. It’s the first song from the show to feature a piano playing. For almost 10 minutes, the song builds up to an epic final, fulfilling Cersei’s revenge.

While I still haven’t made the sheet music for this song, Light of the Seven is nonetheless my favorite music from the show. You can expect a piano cover in the near future! In the meantime, you can download a pretty good version right here!

The Rains of Castamere 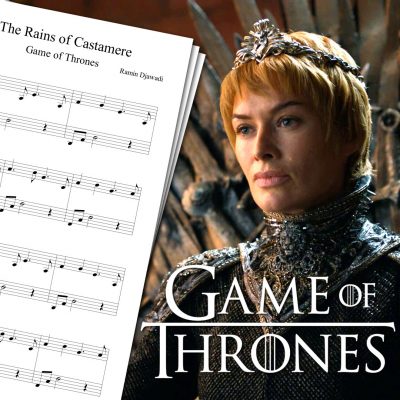 I made this arrangement so that the song can easily be played on piano. You can watch my cover and download The Rains of Castamere sheet music right here!

The fight against the white walkers is the big highlight of season 8. This song is played during the final moments of the Night King in the third episode “The Long Night”. Like a lot of people, I found season 8 to be a let down. It definitely had some great elements though.

The Night King is the only new song in the last season that stands out. Just like Light of the Seven, this theme relies heavily on the piano. This is rare in the Game of Thrones songs, and usually a good indication that something important is about to happen.

No sheet music for this song yet, but I may make an arrangement someday! If you’re still interested to play this theme, you can find its sheet music by following this link.

That’s it for the best Game of Thrones piano sheet music! If you think another song should be in this list, feel free to tell me in the comments below!